Request a Demo For Clients

When Should I Implement Deposit Reclassification?

Deposit Reclassification, commonly called a retail sweep program, helps banks and credit unions reduce and even eliminate reserve balances; allowing them to deploy the freed-up funds for profitable lending and investment purposes. A bank or credit union’s motivation to implement deposit reclassification depends on costs versus benefits. Implementing Deposit Reclassification makes sense at all times, but is even more important when interest rates are rising and expected to continue to rise, when deposits increase, or before mergers or acquisitions. Here’s why:

At its March 2018 meeting, the Federal Open Market Committee (FOMC) raised the benchmark Fed funds rate by 25 basis points to a target range of 1.50% - 1.75%, the sixth rate hike since the Fed began raising rates off near-zero levels in December 2015. The committee noted that economic outlook had strengthened in recent months while inflation remained below 2%, warranting “further gradual increases in the federal funds rate”. FOMC participants now expect the Fed funds rate to rise to 2.1% by the end of 2018, to 2.9% by end-2019, and to 3.4% by end- 2020, which is a slightly more aggressive pace than the December 2017 projections. 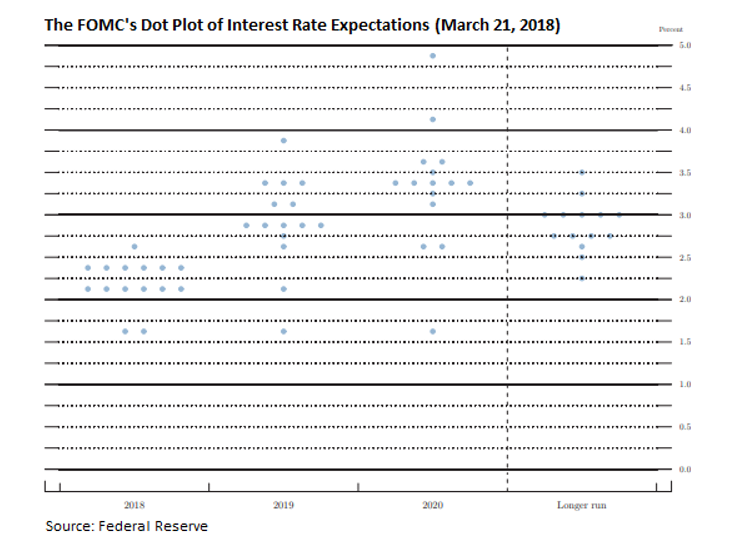 This trifecta - of rising interest rates for 2018 and beyond, an upbeat outlook for the U.S. economy, and strong appetite for business and personal loans – presents financial institutions (FIs) with a profit-making opportunity that they must capitalize on. Hence, this is an excellent time for banks and credit unions to eliminate Federal Reserve balances, and deploy freed-up funds for more profitable lending and investment, relative to the minimal Fed Funds that they currently earn on reserve balances.

When your Bank or Credit Union Sees Deposit Growth

When an FI expects or experiences a growth in deposits (net transaction accounts), the dollar-amount of its reserve requirement also goes up. To avoid parking funds at the Fed, FIs must explore Deposit Reclassification options early in the game.

Deposit Reclassification only takes about 60 days to implement from start to finish; it then takes an additional two weeks after going live with the program to see Fed balances drop, typically to zero. Once a bank holds a balance, it must continue to park funds with the Fed until its reserve requirement drops. Therefore, to avoid holding Fed balances altogether, banks and credit unions must explore Deposit Reclassification implementation options before they expect deposits to rise.

If FIs hold off and only start thinking about Deposit Reclassification after they have sizable reserve requirements, their assets will be tied up in reserves, earning a lowly Fed funds rate, for at least 10 weeks, and be unavailable for lending. So, clearly, it pays to implement Deposit Reclassification well before your deposits and associated reserve requirement rises.

The financial sector typically sees a fair amount of merger and acquisition (M&A) activity. In 2017 alone, there were 258 bank M&A deals and 198 credit union M&A deals, and analysts expect this momentum to continue into 2018.

M&A results in a combining of accounts, an increase in net transactions accounts, and a subsequent increase in reserve requirements. As part of its due diligence before the M&A deal, it’s important that the surviving or acquiring institution review the total merged transaction accounts to get a handle on how reserves might be impacted after the combination.

For instance, before the deal, the acquirer and the target, each, might not have a Fed balance but combined deposits - under one charter (NCUA) or Certificate (FDIC) – typically exceed the $16 million threshold and imposes a reserve requirement for most merged FIs. In larger M&A deals, the combined entity may even jump the $122.3 million threshold into the 10% reserve requirements bracket and sizably increase the burden of reserves.

To prevent the combined entity from having to park a sizable amount of cash with the Federal Reserve Bank, acquiring or merging FIs must proactively implement Deposit Reclassification, if warranted.

Alternately, in cases where one of the parties to an M&A transaction already has a retail sweep program, steps must be taken to ensure the program covers all transaction accounts at the surviving combined entity. It’s fairly common to have retail sweep programs continue to run as before, without adding the non-surviving entity’s accounts to the DR program. This oversight typically causes FIs to return to a reserve position and requires them to hold a Fed balance.

Bottom line: banks and credit unions must proactively think about and plan for Deposit Reclassification implementations, well in advance, when rates rise, when deposits increase, and before M&A transactions. 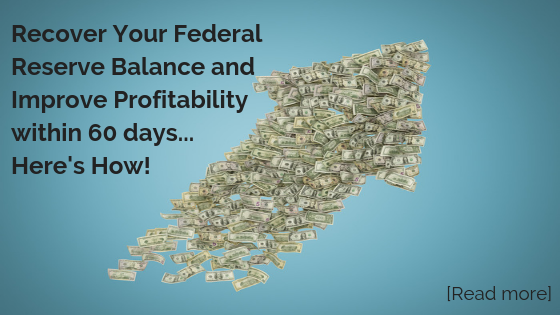 Signup for our monthly newsletter to get the latest news, updates and useful tips delivered directly in your inbox.

Continue to Explore the Blog

The Importance of Cash in Today's Society

Is there Actually a Coin Shortage, or just Poor Circulation? (And How to Help)